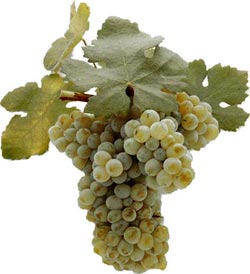 The Nuragic Civilization was, in its beginnings, primarily an agricultural civilization.  As the Bronze Age dawned in Europe, Sardinia became an important economic and military power because of the vast reserves of copper and lead that were discovered on the island.  Sardinia was known for the fine metals produced by the there and the Nuraghe became traders and sometimes adversaries with the other great civilizations of the time.  Around 1000 BC, the Phoenician Civilization began to trade heavily with the Sardinians, and in 540 BC, they attempted to conquer the island.  The attack was repelled, but the Phoenicians tried again in 509 BC and were eventually successful in conquering parts of coastal Sardinia and much of the southern portion of the island where many of the mines were located.  The Nuraghe retreated to the mountainous interior of Sardinia and were never really a major player on the world stage again.  In 238 BC, Sardinia was ceded to Rome as a result of Rome's victory over Carthage in the first Punic War and, over time, the Nuraghe commingled with the Romans and other ethnic groups to the extent that they just kind of eventually didn't exist.

The Nuragic Civilization left many important monuments to their existence, though.  All over the island of Sardinia, there are these tower-shaped stone ruins that are known as Nuraghe.  There are estimated to be about 7,000 of these Nuraghe throughout Sardinia, which means that there is, on average, about one Nuraghe for every three square kilometers of the island.  It is thought that there were many more of these towers during the height of the Nuragic Civilization but, despite their prevalence, no one really knows what the Nuraghe were used for.

All of which brings us to today's grape, Nuragus.  Nuragus is a very old Sardinian grape and it is thought to either be native to Sardinia or to have arrived with the Phoenicians at some point in the ancient past.  The grape takes its name from the mysterious Nuraghe that are found all over the island, just in case you thought that the history lesson above was gratuitous.  It is Sardinia's most widely planted white grape with approximately 8,000 acres devoted to it, and while it is grown all over the island (but nowhere else on earth), the main concentration of plantings are in the south around the town of Cagliari.  Nuragus is popular with growers because it is resistant to a variety of molds and vine diseases while also being capable of very high yields.  It has a number of colorful local nicknames like abbondosa (abundant), axina de poporus (grape of the poor), pagadepidu (debt-payer), preni tineddus (fill up the vats) and burdu (bastard).  The VIVC also lists Malvasia di Luras, Nuragus Moscatello and Nuragus Trebbiana as synonyms, though Nuragus is not related to Malvasia, Muscat or Trebbiano, as far as I know. 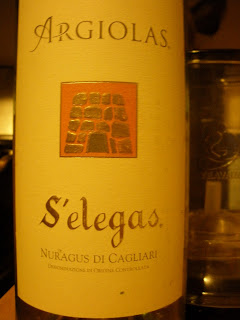 Wines made from the Nuragus grape are not intended to be aged, as I found out when I picked up a bottle of the 2007 Argiolas "S'elagas" Nuragus di Cagliari locally for around $16.  In the glass the wine was a medium gold color.  The nose was moderately intense with honeysuckle flower, ripe apple and honeyed pear aromas.  In the glass the wine was medium bodied with medium acidity.  Straight out of the refrigerator, this wine really didn't taste like anything and was too bland and bitter to really drink.  Once it got down to room temperature, though, flavors of apple peel, overripe apples, grapefruit peel and honey started to show up.  This bottle was clearly over the hill and was so washed out that I actually brought it back to the shop I bought it from and exchanged it for another wine.  It wasn't completely dead, but it was right on the brink and the whisper of life that it had left wasn't enough for me to feel that I was able to get a good sense for what the wine might taste like.

I had held off writing this post because I don't like to write about grapes that I've only been able to taste from flawed bottles or flawed wines.  Since I wasn't able to find a newer vintage of this wine in the Boston area, I had resigned myself to perhaps not writing about Nuragus at all, but reader Tony from Pennsylvania was nice enough to send me his tasting note for the 2010 vintage of this wine, which I've printed in full below.  Tony's bottle set him back about $15 at one of the Pennsylvania state stores.

Color:
Between a straw yellow and light gold.

Nose:
The nose was quite aromatic with a good deal of melon and pear in the nose, with some mild herbaceousness, as well. It also had a note of honey, which became more noticeable as the wine warmed up. Lots of complexity.

Taste:
Creamy mouthfeel, rich texture with medium-high acidity. Touch of bitterness on the finish, like bitter almond. The Argiolas website claims this is a characteristic of the grape, but I’ve noticed it on a few other Italian whites, such as Arneis and some Vermentinos, as well. When the wine was still chilled, the fruit was muted and the nose dominated. Taste was more of a lighter white with good acidity, a fairly rich texture, and a touch of bitterness on the finish. The taste changed dramatically as the wine warmed up. The melon and pear fruit, herbs, and honey flavors really opened up, matching the nose. Interesting, the honey characteristic did not impart any sweetness. More like the taste and richness of honey, but no sugar. It didn’t overwhelm, just added to the complexity. As it warmed up, the term that kept coming to my mind was “exotic”. Not in a cloying way, as the acidity did a nice job of keeping things in balance. In addition, it never lost that touch of bitter almond at the end. The website mentions nothing about the wine seeing any wood, but there may have been some malolactic fermentation that would help explain the richness.

Overall, a well-made and intriguing wine. If you keep it cold, such as in an ice bucket or refrigerator, then this would match well with appetizers or fish. It has a complex nose, but the taste remains light enough to go well with light dishes. But if you let it warm up, you’ll definitely want something to go with the richness that develops in the taste. Next time, I think I’d like to try this wine at cellar temperature with a nice, creamy Brie. That should be an interesting match!