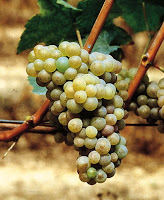 Even though the world of wine today is vast and varied, it certainly could have been more so.  Over time, there have been innumerable grapes which have flashed into existence only to wink back out again.  Some of them were probably justifiably ignored while others perhaps just suffered some bad luck.  For the most part we'll never really know much about what we've missed. We can, however, marvel at some of the grapes that are still around today that just barely made it.  Arneis happens to be one of those grapes.

Arneis is not some Johnny-come-lately that popped up and nearly disappeared in a short period of time.  There are records of this grape that go all the way back to the 15th Century, when the grape was known as Renesium or Ornesio and was sometimes used in the production of sweet wines but most often was used as a softening agent when paired with Nebbiolo grapes in Barolo (and other areas of Piemonte to a lesser extent).  It was such a big part of Barolo production for so long that it came to have the synonym Barolo Bianco.  Since dry white wine production has not historically been very important in Piemonte, there was never much acreage devoted to Arneis since it was used almost exclusively as a very minor blending partner in the region's red wine production.

The acreage really started to drop in the mid 20th Century, though, for a couple of reasons.  First of all, many Barolo producers (and other producers making wine from Nebbiolo) decided that they no longer wanted or needed to use white grapes to try and soften Nebbiolo's sharp corners.  Further, when the DOC and DOCG systems came online, it became mandatory for several of the Nebbiolo based wines of Piemonte (Barolo and Barbaresco most notably) to be made from 100% Nebbiolo.  Blending grapes for these wines were no longer legally acceptable, so demand for them started to fall.  Couple that with Arneis' reputation as a tricky grape to grow and vinify (its name translates as "little rascal" because it's susceptible to mildew, has naturally low acidity, ripens late, oxidizes easily, and is a low yielder to boot), and you've got all of the elements starting to come together for its disappearance.  By the 1970's, the grape was being grown by only two producers and was in danger of extinction.

And then the 1980's happened.  Suddenly consumers wanted dry, still white wines and they wanted them badly.  Many winemakers in Piemonte were left scrambling as the signature white wines of the region were sweet and fizzy.  Bruno Giacosa and the Vietti winery began to make varietal wines from the little bits of Arneis that they had and it turned out that these wines were pretty good.  By 1990, Burton Anderson in his Wine Atlas of Italy, was referring to Arneis as a "rising variety."  Production quadrupled between 1989 and 1998 and as of 2005, vineyard acreage devoted to Arneis had surged beyond 1500 acres.  The Roero region, whose sandy soils are particularly hospitable to Arneis, was elevated to DOCG status in 2005. 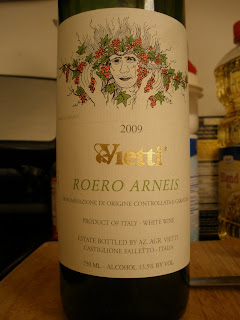 I was able to pick up a bottle of the 2009 Vietti Roero Arneis for about $22.  Arneis does not make wines for aging and most examples are stainless steel fermented and are intended to be drunk within three years of the vintage date, though the closer you can get, the better.  In the glass, this wine was a pale silvery lemon color.  The nose was very aromatic with white peach, ripe pear, apple and lemony citrus notes.  On the palate, the wine was on the fuller side of medium with medium acidity.   There were broad, peachy stone fruit flavors and ripe pear flavors with just a touch of lemon.  The wine had a very nice, clean minerally finish.  The profile here was broad, ripe fruit flavors that reminded me a bit of Viognier.  I personally prefer my wines a little sharper than this, but it was very enjoyable and certainly very well made.  This would go well with fish dishes or light pasta dishes, but I'd probably stay away from anything too rich or oily as it doesn't really have the acidity to cut through anything like that. 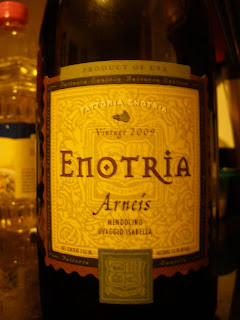 Arneis is not really grown anywhere else in Italy besides Piemonte, but there are a few plantings here and there in California and Australia.  I was able to find a bottle of the 2009 Enotria Arneis from Mendocino County, California, for about $15. The winery hasn't updated their spec sheet for this wine since the 2002 vintage, but it looks like this is about 90% Arneis with some Friulano and Pinot Blanc blended in.  In the glass, the wine had a medium lemon color with glints of green.  The nose was a little reserved with some green apple and lime peel aromas with a touch of ripe pear and white flowers.  On the palate the wine was full bodied with acidity surprisingly on the higher side of medium.  The palate was dominated by ripe, creamy pear fruit with some white peach and vanilla flavors.  If you've ever had those pears that Harry and David sells that end up so ripe and juicy that you have to eat them with a spoon, then you've probably got a pretty good idea of what this wine tastes like.  Some of the lots of this wine are put into new oak barrels and it's noticeable, but overall it's pretty well integrated.  The acid here makes it a little more versatile and this would probably stand up to cream sauces or to oily fish.
Posted by Unknown at 2:50 PM